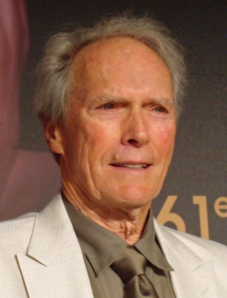 Clint Eastwood at the Cannes International Film Festival in 2008

Clint Eastwood’s new film, Hereafter, tackles the subject of whether or not there is an afterlife, and what happens when we or our loved ones die.

Christopher Lane, Ph.D, appraises the film on Psychology Today website, and confesses to being haunted and fascinated by it, despite finding it difficult to watch.

The film starts with a massive tsunami. One of the characters, Didier (Thierry Neuvic), is a French TV producer convinced there is no hereafter. Death is, to him, like being unplugged and joining an eternal nothing. His girlfriend, reporter and author Marie LeLay (Cecile de France) isn’t so sure, and writes a book about her near-death experience.

Other characters in the film are desperate to communicate with people they have lost, which Lane describes as both moving and affecting. They seem to find an answer through medium George Lonegan (Matt Damon). Unlike other mediums in the film, Lonegan is “unnervingly accurate” in the messages he relays from the Other Side.

Christopher Lane maintains that the “hereafter” Eastwood presents resembles less of an afterlife or paradise than a dazed and trance-like projection from semi-consciousness. Nor does it satisfactorily convey Eastwood’s personal stance on the hereafter.

At the end, even Matt Damon’s seemingly accurate communication with the dead leaves one in a state of fascinated doubt.

Hereafter is from a screen play by Peter Morgan, and had a Special Presentation at the 2010 Toronto International Film Festival in September. It is scheduled for UK release on January 28, 2011.