Award-winning US author at Yorkshire seminar

Dr Annette Childs, winner of two top USA literary prizes with her first book, gave two presentations at this year’s Stewart Alexander and Friends Seminar held at the Cober Hill Conference Centre. Dr Childs, who has a PhD in psychology, is devoted to giving emotional and spiritual support to the dying. Her closeness to those passing to spirit has resulted in her experiencing many wonderful mystical encounters.

Stewart Alexander gave the inaugural presentation on Friday evening, October 29, with a captivating talk entitled 42 Years of Fascination. A much-thumbed copy of an Arthur Findlay book bought by his brother was the catalyst for awakening Stewart’s interest in Spiritualism (Findlay, 1931). The rest, as they say, is history and Stewart’s full story appears in his recently released autobiography (Alexander, 2010). 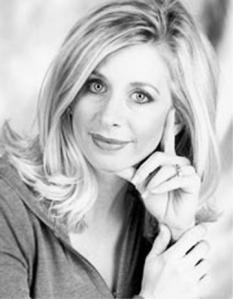 Dr Annette Childs, devoted to giving emotional and spiritual support to the dying

Saturday morning began with Dr Childs’ presentation called Between Two Worlds in which she described her work in the USA with the dying. Dr Childs described the physical, emotional and spiritual processes leading up to and including the transition to the next life. The unreserved love and support she gives to the dying was abundantly clear to all with her inspiring talk on subject matter most would rather shut their minds to. This devotion has opened up her psychic sensitivity resulting in witnessing many wonderful deathbed visions and mystical experiences, including physical phenomena.

Violet Eccles gave the next presentation with a potted history of her lifelong psychic experiences. It was lovely to hear that Vi, who has lived for many years in Australia, hasn’t lost her wonderful ‘Scouse’ sense of humour – or endearing accent!  Right from her early years in Liverpool she has experienced many psychic and spiritual encounters. Vi currently runs her own Spiritual Centre near Melbourne and her work over many years has been recognised. She is currently Australian Spiritualist of the Year.

Saturday afternoon was devoted to workshops and, in the evening, the séance with physical medium Stewart Alexander. Dr Childs was one of the sitters who experienced the famous ‘matter through matter’ experiment where a plastic strap is apparently momentarily dematerialised to free up Stewart’s arm, and then paranormally replaced.

The next phenomena were the levitation and swift intricate movement of the trumpets. As usual, Stewart was conscious for much of this part of the séance so was able to watch and comment.

One trumpet was used to amplify the voice of Sunrise, a guide of the late physical medium Minnie Harrison (Harris, 2009). Present at the séance was Ann Harrison, widow of Minnie’s son Tom. Just a week before the seminar Tom had passed to Spirit, so the connection delighted Ann who never witnessed Minnie Harrison’s amazing mediumship. Five others received evidential messages during the séance, including Rose Crone whose husband Ernie passed on September 1.

The materialisation in red light of a hand slowly forming from a blob of ectoplasm was witnessed by four attendees selected to sit close to the medium. They experienced their hands being grasped or touched by the materialised hand.

Independent direct voice phenomena (without the trumpet) was also demonstrated for several minutes as regular communicator Dr Barnett spoke, at times being some distance away from the cabinet housing Stewart. Whilst this was happening various sitters simultaneously experienced pairs of hands touching them, sometimes a distance apart, indicating two materialised forms apart from the voice box Dr Barnett was using.

Other examples of these phenomena are reported in far greater detail in Stewart’s book (Alexander, 2010), taken from a report first published by the Society for Psychical Research (Sutton, 2009).

Sunday morning started with a special treat – a talk by Bradley Harris from Cardiff on his father’s physical mediumship. The amazing materialisations and other phenomena of Alec Harris are told in his mother’s book, recently expanded to include all of the original manuscript (Harris, 2009). To hear the account first hand with additional details was absolutely fascinating.

Dr Childs continued the morning session with her presentation In the Blink of an Eye. She elaborated more on the dying process, including sudden death. She emphasised that we often misconstrue what the dying person is experiencing and attribute much pain to the process. However, this is often not the case as their consciousness is half way to the next world, hence the title of her latest book – Halfway Across The River (Childs, 2007).

Sunday afternoon saw Ann Harrison very bravely give the presentation that her late husband Tom was due to present. Tom had passed on just a week before at the age of 92.  Ann said she was aware of Tom with her as she talked on the mediumship of Minnie Harrison (Harrison, 2008). The talk was excellently accomplished.

After tea break Eric Cargill from York gave us a demonstration of deep trance, which has become fairly rare in recent decades. Several personalities of quite differing manner communicated, from a happy bright child to a learned and refined gentleman.

The Sunday evening was dedicated to the memories of Tom Harrison and Ernie Crone. Their widows Ann Harrison and Rose Crone very kindly donated a generous supply of wine and non-alcoholic drinks to mark the occasion in fine style. A fitting end to an excellent seminar, organised as usual by June and Alf Winchester. It is hoped that these uplifting seminars help to rekindle interest in physical phenomena, which today are quite rare.

Childs, Dr Annette (2007)  Halfway Across The River: Messages of Hope from the Other Side. Pub. as above. http://www.onecandle.net

You can buy the books listed in the reference section of this article by visiting the Spirit of PN Amazon Store.

2 responses to “Award-winning US author at Yorkshire seminar”