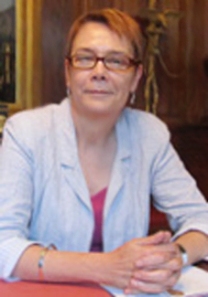 The wrapping paper’s recycled, the decorations are down, and amid resolutions to join the gym, cut down on the wine (or whatever our own particular indulgence might be!) or even just get a few more early nights, we set out on another year of new opportunities.

Some of us will enter 2011 with optimism and excitement, others of us with anxiety and even fear, but one thing is certain – we’ll all be in for change of some kind or another.

In last month’s issue we reported on the SAGB’s decision to move to new premises after decades in its impressive Belgrave Square home. Change can often be seen as negative, and many of you have written to us or commented on this website expressing sadness that the SAGB’s plans may be yet another sign that Spiritualism is in terminal decline.

But isn’t that up to us? If Spiritualism has lost ground, is there any reason why that ground can’t be regained? Ever the realist, SPN’s Geoff Griffiths enters the year in fighting spirit with his article Heartaches by the Numbers and makes an offer that could be hard for those running churches and centres to refuse…

We also take a look at the recently released memoirs of Eric Hatton and report on an innovative new scheme from the Harry Edwards Healing Sanctuary. Lis Warwood tackles the issue of the much-publicised 2012 prophecies and asks whether they have any relevance for Spiritualists.

Leslie Price fills us in on some interesting online resources relating to Helena Blavatsky and Emma Hardinge Britten, and Jim Warwood offers something completely different with his practical step-by-step introduction to the art of dowsing.

Other news includes the soon-to-be-released film The King’s Speech, whose central character Lionel Logue was speech therapist to King George VI and in real life was a convinced Spiritualist and friend of Hannen Swaffer.

That late, great pioneer Tom Harrison has been busy again and we cover his clever communication to an old friend. And last but not least, medium Michael Bagan tells how it felt to demonstrate for the first time at the UK’s most thriving Spiritualist church.

Next month we begin a new series – For and Against – in which two well-known commentators with opposing views on a particular spiritual or philosophical topic will debate the issue. To kick off the series, Roy Stemman and Leslie Price will get stuck into the thorny issue of reincarnation. If there’s a subject you feel passionately about and would like to see debated in a future edition of SPN, let us know.

We’ll also be launching a new monthly feature called Spotlight on the Churches, in which we’ll take a look at the work of an outstanding church or centre. If you know a place that does everything (or nearly everything) right – high quality evidential mediumship and philosophical talk, welcoming atmosphere, innovative workshops, well-run development circles and other events – please let us know so we can give it the publicity it deserves.

And finally, please keep your comments, e-mails and news coming – they are a vital part of SPN. Paul, Magnus, Geoff and I wish you a happy, healthy and productive 2011. May it be a year in which more people than ever become aware of the spirit.