The challenge of Madame Blavatsky

December 2010 was a good month for Madame Blavatsky (1831-1891) who co-founded the Theosophical Society (TS) in New York in 1875. A website devoted to her influence, Blavatsky News, celebrated its first anniversary. And not one but two of the journals she started and edited were placed online.

From 1879-1885 she edited The Theosophist in India and from 1887 to her death she edited Lucifer in London. Now the Theosophical Network has placed online the first six volumes of one, and the first ten volumes of the other. Marc Demarest, best known for his research into Emma Hardinge Britten, facilitated the projects.

Theosophy or divine wisdom is an inner stream found in many spiritual traditions (Swedenborg was a noted exponent) but modern Theosophy has some distinctive features. In particular, Russian-born Helena Blavatsky became very hostile to Spiritualism. But when she first arrived in the United States in 1873, she had actually identified herself with the embattled Spiritualist movement, and become well-known as a defender.

Historians are still trying to disentangle the psychic scene of the 1870s, which led Emma Hardinge Britten to be a founder member of the Theosophical Society, and Henry Olcott, an old Spiritualist from the 1850s, to be the first TS president until his death in 1907.

It is here that the original journals are so important, as they allow us to follow the leading characters almost by the day. Marc Demarest has previously put on line the volumes of the weekly Two Worlds, edited by Emma from 1887 to 1892, and her rare journal The Western Star (1872).

Madame Blavatsky challenged the spirit communication view of mediumship. Apart from the powers latent in man, she attributed the phenomena either to elementals (non-human entities) or to astral shells, bits of the mind left over at death.

The impact on the movement was serious. Ironically, it came at a time of great achievement. In 1875 the Spiritualist publisher James Burns had republished Researches into Spiritualism, consisting of some papers by William Crookes affirming the existence of psychic force and even materialisation. Burns then reissued three recent papers by the co-discoverer of evolution, Alfred Russel Wallace, under the title Miracles and Modern Spiritualism.

Wallace’s book was almost a textbook of Spiritualism, while Crookes’ laboratory work was at the cutting edge of science. For the Spiritualist movement, it was a moment to savour, and for Burns, his finest hour.

At this precise moment, the Theosophical Society emerged. Gradually it forged a separate identity and interpretation of the psychic realm.

Some of the best people were recruited by the Theosophists, such as Emily Kislingbury, secretary of the British National Association of Spiritualists, and even William Crookes.

Of course not even all Theosophists agreed with Blavatsky about the astral shells. An excellent recent example is Professor Arthur Ellison, a lifelong Theosophist. But when his first wife died suddenly, and he investigated mediumship personally, he accepted spirit communication.

The fact is that in some communications, knowledge and purpose are shown that go beyond what might be preserved in the lifetime memories of the communicator, and offered by ‘shells’. 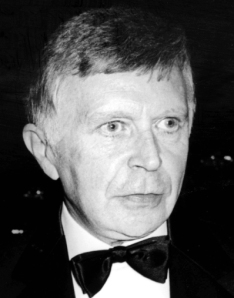 The medium Don Galloway, who was a good sport, once accepted an invitation to address young Theosophists about ‘Astral Shells I have known’. He presented evidence of continuing self-consciousness after death that no mere ‘shell’ could have produced.

Actually, the challenge of Madame Blavatsky is good for Spiritualism.

It causes a higher standard of evidence to be demanded that goes beyond psychic impressions.

Those remote Victorian arguments, in which Blavatsky argued with Stainton Moses in the pages of The Theosophist and with James Burns in Lucifer, will not be out of date until there is a much better understanding of the mechanics of mediumship.

The Theosophist, the journal founded by Helena Blavatsky in 1879

Finally, let’s consider the educational implications of republishing these old journals, so that they could be read by the whole world. As I write, an American newspaper called Spiritual Scientist from around 1875 is being prepared for loading online. It includes an article by Emma Hardinge Britten rejecting reincarnation. Down the road for historians are the numerous volumes of Banner of Light, founded in 1857, which lasted over 50 years. These are the Mount Everest of electronic republication, but the mountaineers are getting ready to tackle them.

The availability of so much information recalls something Percy Wilson once wrote – that there had been no really good research on mediumship since about 1880. As these old journals are made available again, we will be able to check that out!

This will also be a challenge to those involved in education – will they adapt their courses to take account of the new resources?

The online Blavatsky journals are at www.theosophy.net. The online journals edited by Emma Hardinge Britten are at www.ehbritten.org.

3 responses to “The challenge of Madame Blavatsky”