Some paranormal connections may be made with famous abolitionists opposed to capital punishment.

Writing in the Fortean Times, Alan Murdie records that Charles Dickens campaigned for restrictions on the use of the death penalty, and his spirit is reputed to return to sites such as Rochester in Kent, and Doughty Street in London. 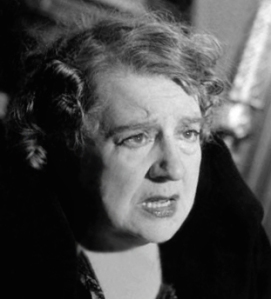 Although an opponent of capital punishment, according to the late Dennis Bardens (1911-2004) she was apparently not averse to corporal punishment. Bardens told Alan Murdie of his extraordinary visit to interview her for the Daily Express in the 1930s.

He discovered her engaging in a sado-masochistic relationship with an Anglo-Indian servant who acted as her secretary. Bardens’ interview on ghosts and Spiritualism was interrupted by angry and excitable outbursts when Mrs Van Der Elst got up to chase and strike her chubby servant with a cane, apparently not entirely to his displeasure.

In later years he turned his mind to synchronicity and psychic phenomena, and under the terms of his will, he posthumously endowed what in 1985 became the Koestler Chair of Parapsychology at Edinburgh University.