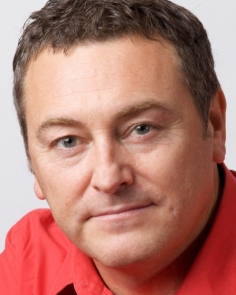 Staff at the National Animal Welfare Trust (NAWT) in Watford were delighted to receive a donation of £1,200, raised from an evening of mediumship.

The money was raised at Finchley Christian Spiritualist Church on March 19, when a congregation of 100 attended an evening with Scottish medium Gordon Smith.

Gordon, who has grown up with animals, and who regularly raises money for animal charities, kindly donated all the proceeds of the evening to the NAWT.

“I’ve enjoyed raising money for various charities for the last fourteen years,” Gordon told the Watford Observer. “The National Animal Welfare Trust is local to me, and I’m so glad people have come along and supported it.”

Juliasz Wodzianski, who has worked at the NAWT for two and a half years, helped to organise the evening after meeting Gordon last year.

“I was at one of Gordon’s workshops in Eastbourne in October, and I asked him whether he would be prepared to do an evening of clairvoyance for the NAWT. He said ‘Yes’ immediately,” said Juliasz.

Juliasz does healing work with the animals at the Watford centre, and runs healing sessions at the church. “I have been practising trained healing for fifteen years,” he said. “It’s pretty much a way of life.”

Gordon spent an hour speaking to the audience, and relaying messages from relatives, friends and even pets who had passed on.

One recipient of a message was Christine Carter-Stephenson. Gordon told her that her mother-in-law had an important message for her.

“I wasn’t surprised that she came through,” said Christine, who also specialises in mediumship and psychic readings.

“She has contacted me a few times recently due to an ongoing family situation, but when Gordon mentioned the many rings she used to wear, I was amazed because I’m wearing these rings which she left to me when she died.”

Gordon’s meeting closed with a prayer, and a raffle was held with all proceeds going to the NAWT. During the day, a workshop was held at the church, also to raise money for the charity.

Fay Miller, a supervisor at Watford NAWT, took the platform at the end of the evening to accept the cheque and other animal goods which were also donated.

“I would like to say a huge thank you on behalf of all the staff at NAWT, and the animals in our care, for all the kind donations we have received tonight,” said Fay.

“The money will help towards our continuing vital care and treatment for the animals we look after, and is greatly appreciated.”

One response to “Gordon Smith raises money for animal charity”