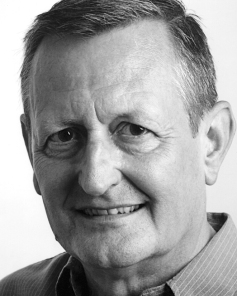 The messages spelled out by the ouija board in English and German were clear and precise. They were from a spirit group (which included the composer Robert Schumann) to Jelly D’Arányi, a leading British violinist. The medium was her sister Adila.

Schumann wanted her to locate his unpublished violin concerto in D minor and play it. “Robert Schumann is so keen for you to get that piece of music . . . You will play my work splendidly . . . Sie műssen das concerto erhalten (you must perform the concerto).”

Jelly D’Arányi (1893-1966) and Adila (1886-1962), better known as Mrs Alexander Fachiri, were born in Budapest, Hungary. Internationally famous, they were solo performers who sometimes played together. Jelly was regarded more as a romantic with a gypsy spirit while Adila was essentially classical. They were the grand nieces of the legendary Joseph Joachim, Schumann’s favourite violinist.

The outbreak of war in 1914 found the sisters trapped in England, where they remained. Their many friends, including Prime Minister Herbert Asquith and the composer Sir Edward Elgar, protected their precarious status, and they eventually took British citizenship.

After her marriage in 1915, Adila, in deference to her American husband’s wishes, played less in public. In private, though, she discovered a psychic ability and in 1933 was introduced to the Swedish ambassador — Baron Erik Kule Palmstierna (1877-1959) — a liberal democrat and former cabinet minister, had been appointed Swedish Minister to the Court of St James in 1920. He retired in 1937 to continue psychical research in his adopted country.

Adila became the medium for his circle, which numbered thirty people. Communication was by an ouija board using a glass as a pointer. Palmstierna wrote in Horizons of Immortality (1937) that the glass was “put in the centre and very lightly touched by the spiritually sensitive (Adila) and by one or two more persons present”.

The glass’s movements were often quick and jerky to the point where Adila became fatigued after an hour’s work. “It has also happened on several occasions,” wrote Palmstierna, “that the pointer has been suddenly wrenched from the touch of fingers and thrown unexpectedly on the floor – never broken, though – or gently laid down sideways on the board.”

When he asked the spirit communicators if a less tiring method could be used, the request was refused. Most communications were in English, but German, French, Hungarian and Swedish were also used. 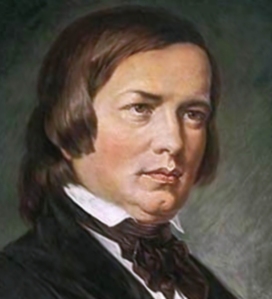 The first message about the lost concerto came in March 1933. The unknown sender said that he wished Jelly to find and play his unpublished violin concerto. Asked for his name, the reply was “Robert Schumann”. (Jelly and her fellow musicians knew nothing of this work, though it was afterwards found mentioned in Grove’s Dictionary of Music.)

Two weeks later there was a second message. “Robert Schumann. Remember what I asked you. Tell Tovey. Museum Weimar.” (This was Sir Donald Francis Tovey [1875–1940], the noted music scholar and composer.) They did ask and Tovey said the concerto was mentioned in Moser’s Life of Joachim.

In May another message from Schumann urged them to continue the search. They then heard from the spirit Joseph Joachim, for whom the piece had been written. Asked by his grand niece where it was, he replied: “It ought to be in the Hochschule Museum, but I cannot recall for certain.”

“Why did Schumann say ‘Weimar’?”

“He showed it to me there. My dear Kind [child], we do not know everything.”

The sisters wrote to the museum, but received no reply. When they heard again from Schumann, he said that the man they had written to was on holiday. This proved true. Another message urged them to write to the baron, then in Sweden, and ask him to look up Schumann’s work in Berlin on his return. They replied: “Can you not help us find it?”

“We do not know where it is. Do not think that we know everything.”

The sisters forgot to write, but Palmstierna decided to return via Berlin anyway. It flashed into his mind that while there he might as well inquire about the manuscript. He called at the Hochschule fůr Musik and was shown a folder labelled ‘Robert Schumann’, but it contained only works by other composers.

A visitor overheard his conversation with a secretary and advised him to visit the archives in the Preussische Staatsbibliothek. There, after much persuasion, a reluctant official showed him a folder. It contained the sought-for concerto in D minor with Joachim’s name on the label, but curiously it was marked ‘unfinished’.

It seemed only a matter of obtaining permission, both to photograph the manuscript and perform it. Schumann thanked them for their hard work and named Herr Strecker at the Prussian State Library as the official who could best help. They wrote the first of many letters, but were then told that the concerto was gesperrt (blocked), and could not be performed for another twenty-two years. How had this come about?

Schumann had spent the last years of his life in a mental state that varied between lucidity and insanity. He composed the concerto for Joachim who played it through only once. Joachim thought it inferior, the work of an unstable mind, and told Schumann’s wife Clara. His solution was to forbid publication until a hundred years after the composer’s death.

So continued four years of correspondence involving Herr Strecker and other officials and Joachim’s son, Johannes. They mentioned the spirit communications and asked if an exception could be made. At every stage the sisters received thanks and encouragement from Schumann, who continued to insist that the concerto be played.

Eventually, four copies came to light. Although the one seen by Palmstierna was marked ‘unfinished’, Schumann was adamant that the work was complete, though it might need some arranging. One of the copies was scored for a full orchestra. Another, scored for piano, was found by a music-publisher in Mainz and sent to Yehudi Menuhin. He liked it, recognised its historical importance and wished to give the world premiere.

At this stage members of the German government became involved. Having banned Mendelssohn’s music because he was Jewish, they did not want Menuhin to give the first performance (though he did give the second). For that they chose Georg Kulenkampff, but did grant the first London performance rights to Jelly D’Arányi. She gave it in December 1937 with the BBC Symphony Orchestra at the Queen’s Hall. It was broadcast on the radio.

Some arranging of 200 bars had been necessary. One message had predicted: “When you receive the photographs Schumann will instruct you how to arrange the piece.” Sir Donald Tovey saw D’Arányi at work and wrote: “I assert my positive conviction that the spirit of Schumann is inspiring Jelly D’Arányi’s production of Schumann’s posthumous violin concerto.”