Sue Farrow reviews the third and last book by Katie Halliwell on the work of the Stewart Alexander Circle.

Spiritualists the world over know the importance of chronicling outstanding mediumship. Without those people who took time to record the amazing manifestations and communications which came through mediums such as Daniel Dunglas Home, Helen Duncan, Estelle Roberts, Helen Hughes, Lilian Bailey and Maurice Barbanell, to name just a handful, we would know little or nothing of countless extraordinary proofs of survival beyond death. Nor would we have the wisdom of guides such as Silver Birch and Red Cloud.

Detailing the work of today’s exceptional mediums is no less important, and author Katie Halliwell has already made an outstanding contribution to the records of Spiritualism with her two previous books on the work of physical medium Stewart Alexander and his circle. She has now completed the third and final book in her series – Experiences of Trance, Physical Mediumship and Associated Phenomena – entitled The Etheric Connection.

As well as being the last in a series which has been a decade-long labour of love for Katie, this book is also a poignant tribute to Stewart Alexander’s youngest sister, Gaynor Singleton, to whom it is dedicated. Gaynor passed to spirit in February 2009 as the result of a fatal car accident. She was a much-loved member of the circle and her sudden passing brought overwhelming sadness, not only to her brother Stewart, but to all circle members.

“She was literally irreplaceable,” writes Katie, explaining that after Gaynor’s passing the process of writing the book “came to a standstill for a time. Shock, grief and total disbelief descended upon me and literally stopped me in my tracks. Understandably the home circle meetings and the guest sittings also came to a sudden halt.” 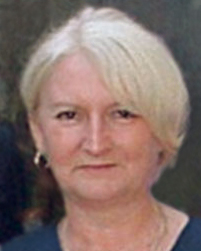 In Chapter 1, titled simply ‘Gaynor Singleton’, Katie goes on to describe the inevitable changes that were forced on the circle following the loss of such a key member, and offers a fascinating account of the way in which “a perfect stranger” (American  psychologist and grief counsellor Dr Annette Childs) was able to provide Gaynor with the means to prove her survival within a short time of her passing.

I won’t spoil things for Katie’s readers by revealing the whole extraordinary story here. Suffice it to say that mere coincidence could not possibly explain the sequence of events that unfolded in the weeks and months following Gaynor’s passing.

The book is also dedicated to Tom Harrison, respected and well-loved elder statesman of Spiritualism, to whom Chapter 7 is devoted. Together with his wife Ann, Tom was a long-time honorary member of the circle until his passing in October 2010. The book contains an account of Tom’s spirit return to the circle, attested by former BBC radio producer Chris Eldon Lee, to whom Tom spoke through Stewart’s mediumship.

As Chris later wrote to Ann: “…He told us off for trying to guess who he was before he’d had a chance to introduce himself. But his voice gave him away. It sounded just like Tom. I must say that for the very first time in the circle, the hairs on the back of my neck stood up and tingled and tingled whilst he was present. It was a very powerful and moving feeling and I was so very glad to be present.”

Chris knew Tom well, having spent many hours listening to his earthly voice as they worked together on a radio programme in 2003.

Those who have read the first two books in Katie’s series will know that she meticulously documents significant events in the Alexander séance room, along with accounts of public demonstrations, including Stewart’s traditional annual Christmas Tree séances. This latest book is no exception, and the text is interspersed with detailed illustrations from Katie, who is a talented  artist. Also included are two wide-ranging interviews with Stewart, one from Psychic News and the other with Norwegian Spiritualist Hilde Aga Brun. Both offer insights into the work and opinions of a physical medium to whom, almost uniquely, not a whisper of scandal has ever been attached.

In addition to accounts of a wide range of physical phenomena, including levitation, independent direct voice and materialisation of hands in red light, the book contains a wealth of personal survival evidence, recounted in the words of those who received it. Learn how an agreed code word was communicated to York Spiritualist Gerald O’Hara thirteen years after the passing of a close friend. Read about the evidential spirit return of Maureen Abrol’s father – the day after his funeral.

A further unusual form of spirit communication is described in the book – the phenomenon of the Book Test. This involves the transmission of information to a particular sitter and usually includes specific details of a shelf location, page number, line and word(s) from a book in the sitter’s home. On returning home after the séance, the sitter will check the information and see whether or not the test has been successful. Often, the test recipient has not even read the book pinpointed by the spirit people. A successful test is therefore highly evidential and goes a long way to ruling out telepathy as a possible explanation. Katie’s book records many examples, given to sitters from various parts of the world.

The closing words of this third book are by Stewart Alexander, who pays tribute to Katie Halliwell for her outstanding efforts in documenting the work of the circle.

“In this, the final part of her trilogy, [Katie] has continued her account of contemporary physical mediumship and in common with her previous two books has sought to remove the mystery that has long surrounded communication with the Spirit World on a physical level.

“No easy task given the contentious and controversial history that has long surrounded such a rare form of mediumship. However, I believe that Katie has once again succeeded in presenting to her readers her patently honest beliefs in a manner which will surely appeal to the reasoning unbiased mind.

“Certainly the first two books in her trilogy touched the hearts of a countless number of people across the world, most of whom she would never personally know or meet.

“Her words, her accounts, her recollections, thoughts, observations and séance room experiences, all contained within, would provide hope and comfort to the bereaved amongst her readers and appeal to all with an interest in the survival of the human soul beyond death. I have no doubt that this book will do the same.”

As with parts one and two of the trilogy, part three has an accompanying CD. This contains extracts from séance recordings, allowing the reader to hear the voices of the Alexander spirit team and to experience for him/herself their very real personalities. Publisher Ann Harrison has made painstaking transcriptions of the recordings, which are printed at the back of the book.

The Etheric Connection is a must-read for anyone with an interest in physical mediumship. For those who would like to learn about the subject, it’s a great place to start. Katie Halliwell takes the reader inside the séance room of one of the world’s best known physical circles and offers a privileged glimpse of the extraordinary things that can be achieved when a physical medium, his long-standing group of sitters and a team from the Spirit World join together in harmony to prove that life is unending.

Parts One, Two and Three of Katie’s trilogy can be obtained through the Spirit of PN Amazon store.

Part Three and its companion CD are also available directly from Alexander circle leader Ray Lister at: rjlister001@rjlister001.karoo.co.uk
The book is priced at £7 and the CD at £5, plus postage & packing.

Stewart Alexander’s autobiography An Extraordinary Journey is also available through the Spirit of PN Amazon store.

3 responses to “The Etheric Connection”