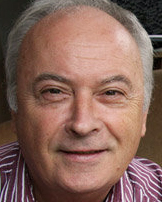 Veteran Spiritualist commentator Roy Stemman has paid a visit to a physical séance given by British-born medium David Thompson and, to say the least, his report makes interesting reading.

The séance, held in Oxfordshire earlier this week, was part of Thompson’s European tour, which will also see the controversial medium demonstrating trance, physical and mental mediumship at a week-long event in Spain.

Roy’s commentary is balanced, considering events through the eyes of both believer and sceptic. He pulls no punches, though, nailing his colours firmly to the mast in his concluding paragraphs.

“What”s the point of going to all the trouble of manifesting ectoplasm,” he asks, “just so that a poor imitation of Quentin Crisp can carry on cheerful banter with sitters, and Louis Armstrong can once again rasp away in something approaching his inimitable voice?”

Mediumship should be about providing evidence of survival beyond death, about comforting the bereaved and empowering them with the strength to start living again. With that clearly in mind, Roy asks:

“Why, if enough ectoplasm is being produced to allow these long-dead celebrities to perform for us again, is it not being used more effectively to reunite loved ones and provide real evidence that the phenomena is real?”

We’re pleased to report that Roy Stemman’s website is now up and running again. You can visit it by clicking on the link above.

This entry was posted in All News, Editorial, Issue#6, Sue Farrow and tagged Ectoplasm, Mediumship, séance, Spiritualism. Bookmark the permalink.