“Where there is no vision, the people perish” – Proverb 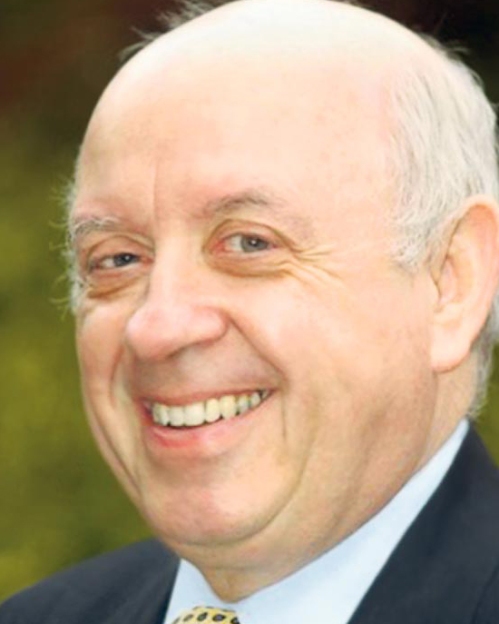 Back in 1964, former president Harold Vigurs was conducting a commission of inquiry into the Spiritualists’ National Union’s problems and opportunities, and exploring ways forward. In his report, he lamented the fact that, in spite of the Union’s then life of 63 years, it still lacked a vision statement and seemed without clear direction.

To our shame and our loss, almost 50 years later, the same holds true(1). Without a vision, we of the SNU are like a circus of flies; a wandering generality, when we should be a meaningful specific.

To illustrate how a vision-led strategy works, consider three bricklayers on a building site who were each asked the same question: “What are you doing?”  The first replied ‘I’m laying bricks.’ The second, ‘I’m building a wall.’ But the third positively glowed as he declared, ‘I am helping to build a cathedral that will stand for a thousand years!’

Well, ignoring the orthodox references, there is no doubt that the work of Bricklayer 3 was informed and inspired by a higher vision. He would build more truly, more quickly and more joyfully than the others, who only thought of the drudgery of the work and were completely oblivious to the nobility of their joint efforts or the higher purpose. They were doing their job quite efficiently, but without really knowing what they were about. Remind you of any other group?

In a year that SNU church membership has slipped to its lowest level since 1944(2), we need to think of the nobility of our own joint efforts – and visionary thinking has never been so important.

The fundamentalist Christian churches of America have nothing to teach us from their benighted theology. But when it comes to growing their churches, they are the masters and, I fear, we are the dunces. They build ‘super-churches’ that hold several thousand people, whilst we have spent the last century in glorified  huts, built with much love but little ambition. Whilst super-churches are quite inappropriate for us, the problems they met and overcame in the process are uncannily similar to the problems we meet (and tend not to overcome). Vision, purpose and commitment are the rocks on which they build. And before we look for excuses – yes, these ideas do work in the UK!

Evangelical Christianity is one of the few Christian denominations still growing vigorously because its leaders have thought things through. For one thing, they genuinely consult their members. Rather than appealing to their members to ‘send us your ideas’, with the inevitable result, they send a structured questionnaire to obtain the sort of information they really need.

Some years ago, a multi-choice questionnaire went around US Baptist churches to assess the collective mind of their adherents. To the question, ‘What is the purpose of this church?‘ the box ticked by most was ‘to serve the spiritual and social needs of me and my family’. The answer given by the fewest was ‘to win the world for Christ’.

Interestingly, when Baptist pastors were asked the same question, ‘to win the world for Christ‘ was given by 90 per cent of them. This shows the difference between the visionary mind of the leader and that of the follower. Or perhaps between the trained mind of the religious professional and the rather more limited outlook of the congregation. Either way, the thinking is on a higher and more ambitious level.

I suspect that the average Spiritualist church leader would identify with the congregation. After all, our church leaders have arisen from the membership and are likely to have the same limited mindset that they hold. True leaders, however, are visionary rather than myopic and look at the big picture – not instead of the parochial, but – as well as the parochial. That rarely happens without training.

Happily, the executive of the SNU has become aware of the fact that our church leaders have never been trained, and has addressed that lack in its recently released action plan. I only hope that the need for building a church vision is the first lesson in the syllabus, and that the executive engages a training company to create this course, rather than imagining that they can do it themselves.

Worryingly, the NEC’s current strapline is ‘One Union – Strength through Unity’, which is fine as far as it goes, but indicates that they are not led by a higher light, nor are they even thinking outside the SNU bubble. Get the inspiration behind the Big Vision right and the lower levels of mission, purpose and strategy (and the SNU itself) tend to find their logical priority. The SNU is, after all, only a vehicle for delivering the message of spirit to the world and should place that, rather than the Union itself, at the centre of its focus. An inspiring, common vision will bring more unity than a hundred snazzy slogans.

In the absence of the SNU’s coming up with a vision for the movement, my working vision – you’ll see where I adapted it from – is ‘to win the world for Spiritualism’. It has all the ingredients a vision statement needs: it is instantly understandable, brief and to the point, ambitious;  it is exciting, inspiring, motivational. Moreover, it describes perfectly the ambition that fired the lives of our pioneers. And, once you look at how the world thinks and all that Spiritualism offers, it is believable.

Well thought-through vision and mission statements are used in all modern, successful businesses too. What businesses, movements and churches have in common is that they are all enterprises, so can benefit from a knowledge of enterprise culture. This is, essentially, what the US fundamentalists have learned. Similarly, a church committee of Bricklayer 3s, with a shared vision expressed in simple language, can avoid many of those legendary committee rows, simply by reminding people of that form of words and asking: ‘Is this decision taking us towards the church’s vision, or taking us further away?’

Any religion without a vision – and we seem to be the only one – is like a ship without a compass.

For the Christian church, the words of the Great Commission – ‘Go ye forth into the world, tell people the good news and baptise them’ – serves as a vision as well as an instruction and unites them in thought and action. Like us Spiritualists, they still have monumental arguments but seem to do so in a more orderly queue!

Visions in our time

To give you a real-life example of what can be done with visionary thinking, and the goals and strategies which flow from it, take a look at post-war Japan.

Reduced to ashes in the wake of the atomic bomb attacks that ended the Second World War, they set about repositioning their country to become a leading nation in the second half of the twentieth century. First, they resolved to become the leading producer of textiles within ten years. By the end of the 1950s, they had attained that goal.

In the 1970s, it was consumer electronics – transistor radios, TV, hi-fi, etc – and again they achieved the goal by the end of that decade.  In the 1980s, cars were the subject. They missed this by just one year. But in 1991 they became the largest producer of motor cars on earth.

So can our amateur movement, which after 163 years, has managed to persuade fewer than six people in ten thousand to identify themselves as Spiritualists(3), move from dormant to dynamic in just a few years?  In spite of my obvious dismay at our progress, I believe we have every asset we need to achieve just that.

A revealing tool in working out a strategy is the SWOT analysis. This is an acronym for Strengths, Weaknesses, Opportunities and Threats. Here is how it might work at a strategic, rather than local, level of the SNU – but the same principles apply at church level:

Of course, it shouldn’t be just one person compiling this analysis. Church leaders, individuals and affiliates should each be sent a questionnaire to elicit their ideas. Forward-looking businesses have found that involving their employees in the process is much better than simply leaving their employees to become the cynical recipients of the board’s pearls of business wisdom. It will also give them a feeling of ownership of the finished product, which in turn leads to their buying into the strategy – especially if they receive regular progress reports.

But the above table – plus the additional points you might suggest in the ‘Comments’ section below – spells out our situation in a very simple and focused format. Exploiting our Strengths and Opportunities, whilst working on our Weaknesses and countering the Threats is the basis for a logical strategic programme.

Provided we buy into the vision, everyone is consulted and kept in the loop, and we use all the expertise available, we will have  the opportunity to build an organic movement – working with a common awareness — from the disconnected one we have today. Just imagine a national membership of Bricklayer 3s!

Oh, and when we point the finger at the NEC or any other scapegoat for our ills, let us look where the other three fingers are pointing.

29 responses to “The vision thing”